Stallion now stands for $1,500.00 ~ Transported fresh cooled semen is available in the US and Canada. Frozen semen available for Europe, Australia, and New Zealand. Your additional chute fee for this service will be: TBA. Mare care, veterinary expenses, and transported semen fees will be extra. The breed of the mare is to be a registered Paint or Quarter Horse. 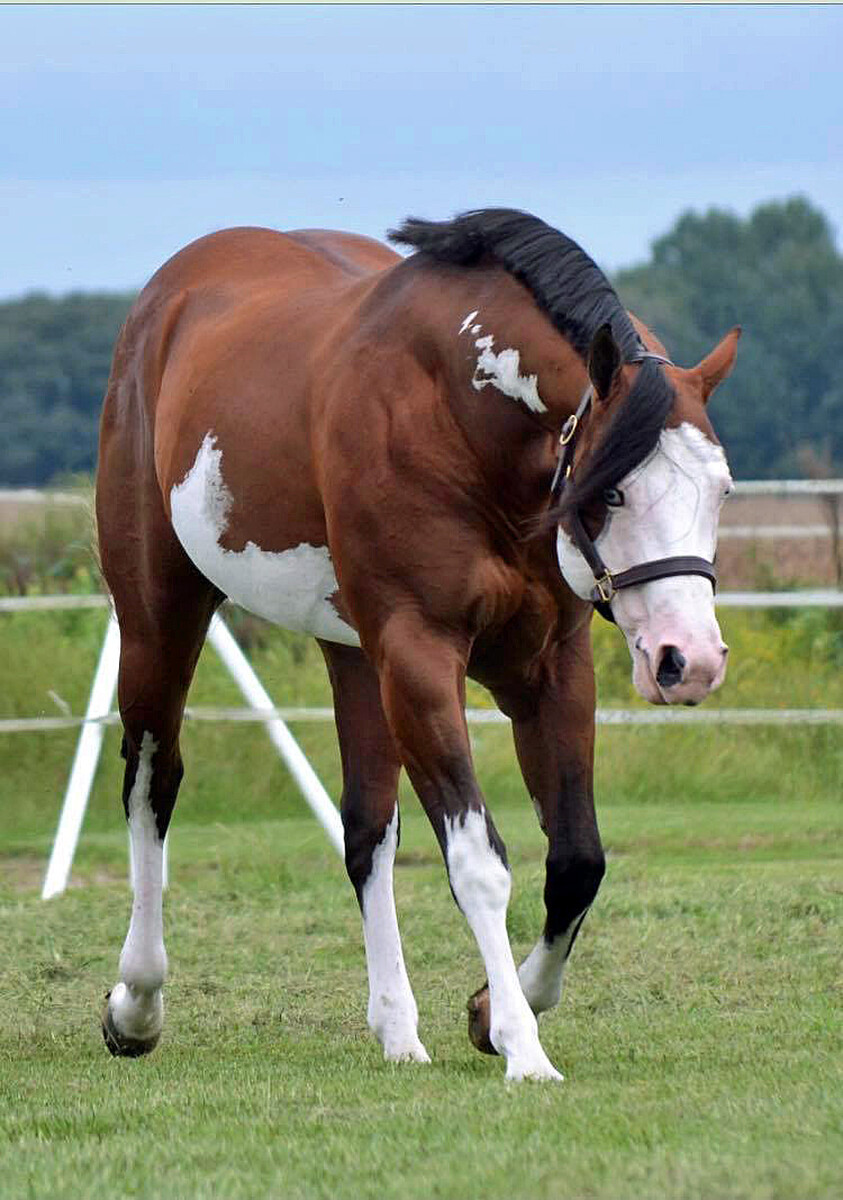 Lopin Lazy continued his successful winning ways in Western Pleasure in 2014. He took on a new direction competing in Halter. By the end of the show season, he had captured the titles of APHA Reserve World Champion in Aged and Amateur Halter Stallions and took his fourth APHA Reserve World Championship in Junior Western Pleasure! His incredible show season continued on being named Honor Roll Champion Four-Year and Older Halter Stallions and Honor Roll Western Pleasure Stallion. That same successful show season Lopin Lazy started standing to the public. When his babies began arriving in 2015, it was very apparent that Beamer was a winner in the breeding shed too!

If you are searching for great conformation, immense size, and a proven stallion with the consistency of his siring ability, Lopin Lazy is the sire for your breeding program.

Dear Interested Bidder:
Thank you for having an interest in one or more of our stallion services donated. Should you want to pre-bid, fill out the form below and place your bid. Enter your credit card number or should you chose, print this form out, enclose a check and return to our Gallop Annual Charities Auction address as soon as possible. Should you want to bid on more than one horse, as a first, second, or third choice ... indicated in the "special notes" box listed below, that this particular stallion is your 1st, 2nd, or 3rd choice. Please understand that this information and form below applies to "pre bidding only." Internet bids will be taken during the actual auction through live streaming and available 1-800 phone lines posted the day of the event. You can also reach us at: 509-990-4167.
Paint Horse Stallions
SHARE:
Previous