Stallion now stands for $1,500.00 ($1,000. Stallion Fee ~ $500 Chute Fee). Transported semen is available. Your additional chute fee for this service will be: $500. Mare care, veterinary expenses and/or transported semen fees will be additional. Breed of mare is to be a registered Arabian, Paint, or Quarter Horse. 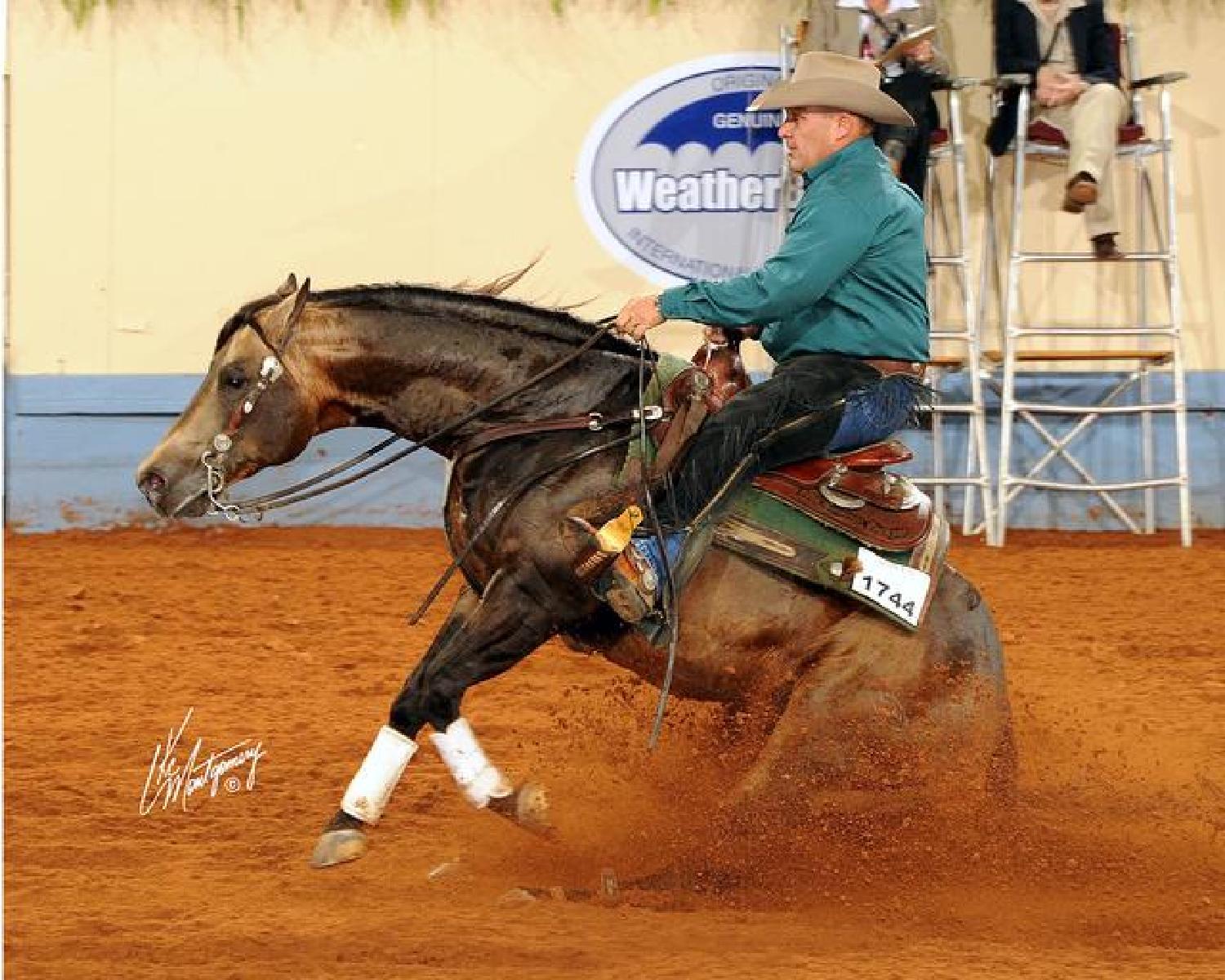 Whizkey N Diamonds is a son of Topsail Whiz; NRHA Hall of Fame and first Eleven Million Dollar Sire. His dam, Princess In Diamonds, is sired by Shining Spark. She is an earner of $77,002, NRHA #5 All Time Leading Reining Dam. Dam of money-earners earning $852,900. When Rhodes River Ranch first introduced their Ã¢ÂÂStar CrossedÃ¢ÂÂ stallion, WHIZKEY N DIAMONDS, they talked about his stellar pedigree, performance record and Ã¢ÂÂThe Promise of a Bright FutureÃ¢ÂÂ for his offspring.

Whiskey N Diamonds is nominated into the NRHA Sire & Dam and National Reining Breeders Classic. He is 5-Panel N/N. This star-crossed superstar is by far the best breed Reining Horse standing today. He has the conformation, the earnings, and the mind to surpass his sire Topsail Whiz as a breeding horse. Rhodes River Ranch will continue to invest in the quality breeding, marketing, training, and opportunities in the show arena!

Shinning Spark
Princess In Diamonds
Eyed Be A Princess