Stallion now stands for $3,100.00 ($2,500 stud fee - $600 chute fee). Transported semen is available. Your additional chute fee for this service will be: $600. Mare care, veterinary expenses and/or transported semen fees will be additional. Breed of mare is to be a registered Paint or Quarter Horse. 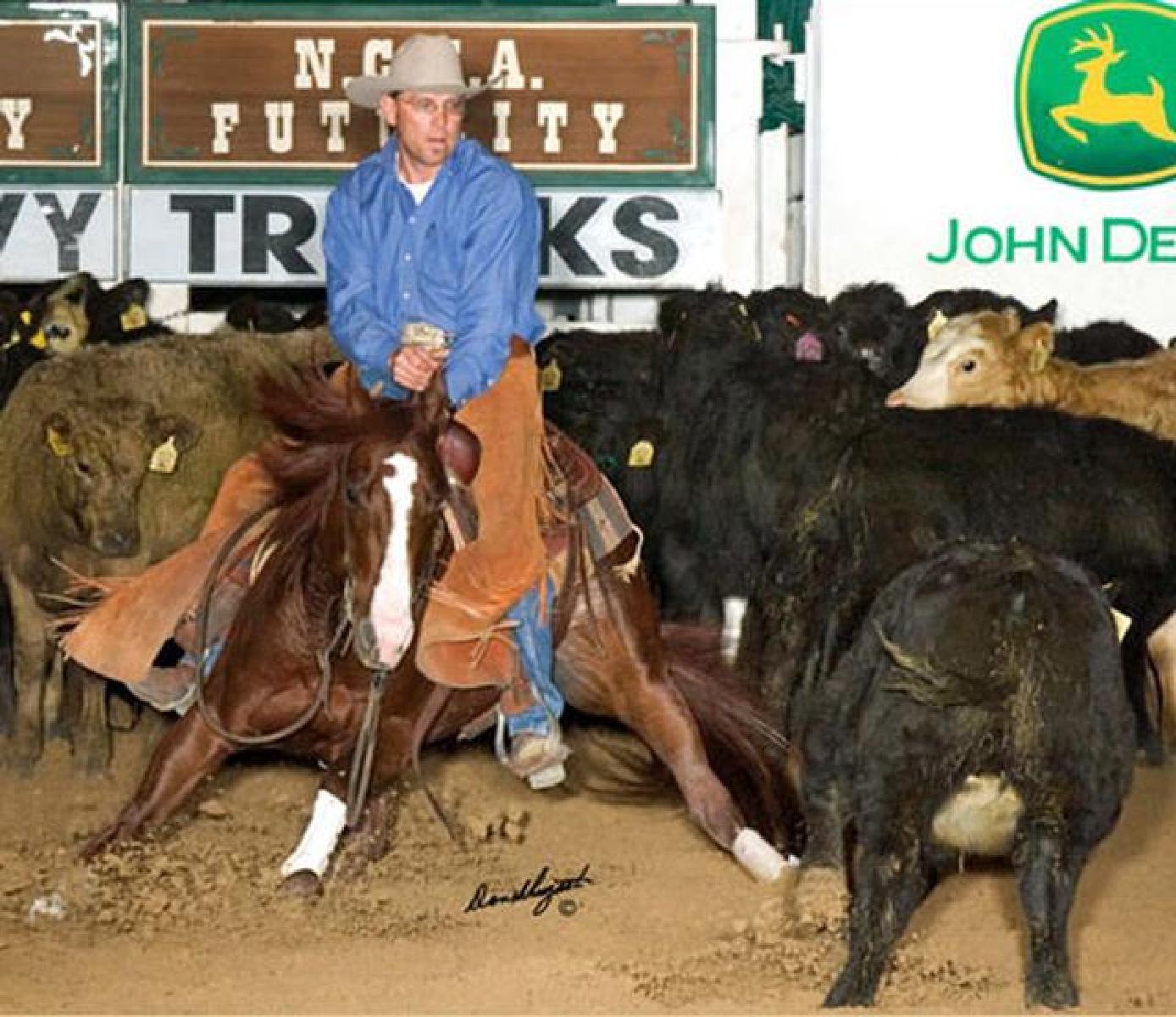 One of the things that set Cats Merada apart from other horses was his intelligence that also presented some challenges. Trainer John Wold said, 'You didn't want to show him anything more than what you wanted him to know. Cats Merada is a gritty show horse that loves competition. And the tougher it was, the better he got! He always excelled at what he did when the cow presented a challenge. He would literally light up once the cow would turn and threaten him that's when he was at his best in turning on them. Cats Merada's pedigree is outstanding. He is sired by legendary High Brow Cat. His dam is Merada Lena whose offspring earnings are over: $278,566. Cats Merada is truly one of the most beautiful sons of High Brow Cat and his conformation and balance is outstanding.

Cats Merada has always been an incredibly special horse and he knows it. Sire of offspring with earnings more than $6,196,519+. His first offspring were born in 2005 and they have undoubtedly lived up to the reputation of the Cats that came before him. They are remarkably like their sire. Showing his good looks, balance and conformation, the Cats Merada offspring have been building a solid future for the program at Furst Ranch. They display his intelligence thoughts, moves, easy ways of training and a willingness to please. An outstanding pedigree, a proven show record, with looks and conformation that are second to none make Cats Merada an outstanding individual in the Cutting Horse Industry. He would make a perfect choice for your next champion, so here is your opportunity to make that choice to win with a Cats Merada!