Stallion now stands for $1,750.00 ~ Transported semen is available. Additional chute fee: Due to this being a Ronald McDonald House Charities donated breeding; Highpoint Performance Horses has waived the additional $500 chute fee as part of their support to RMHC families. Mare care, veterinary expenses and/or transported semen fees will be additional. Breed of mare is to be a registered Paint, Appaloosa, Thoroughbred, or Quarter Horse. 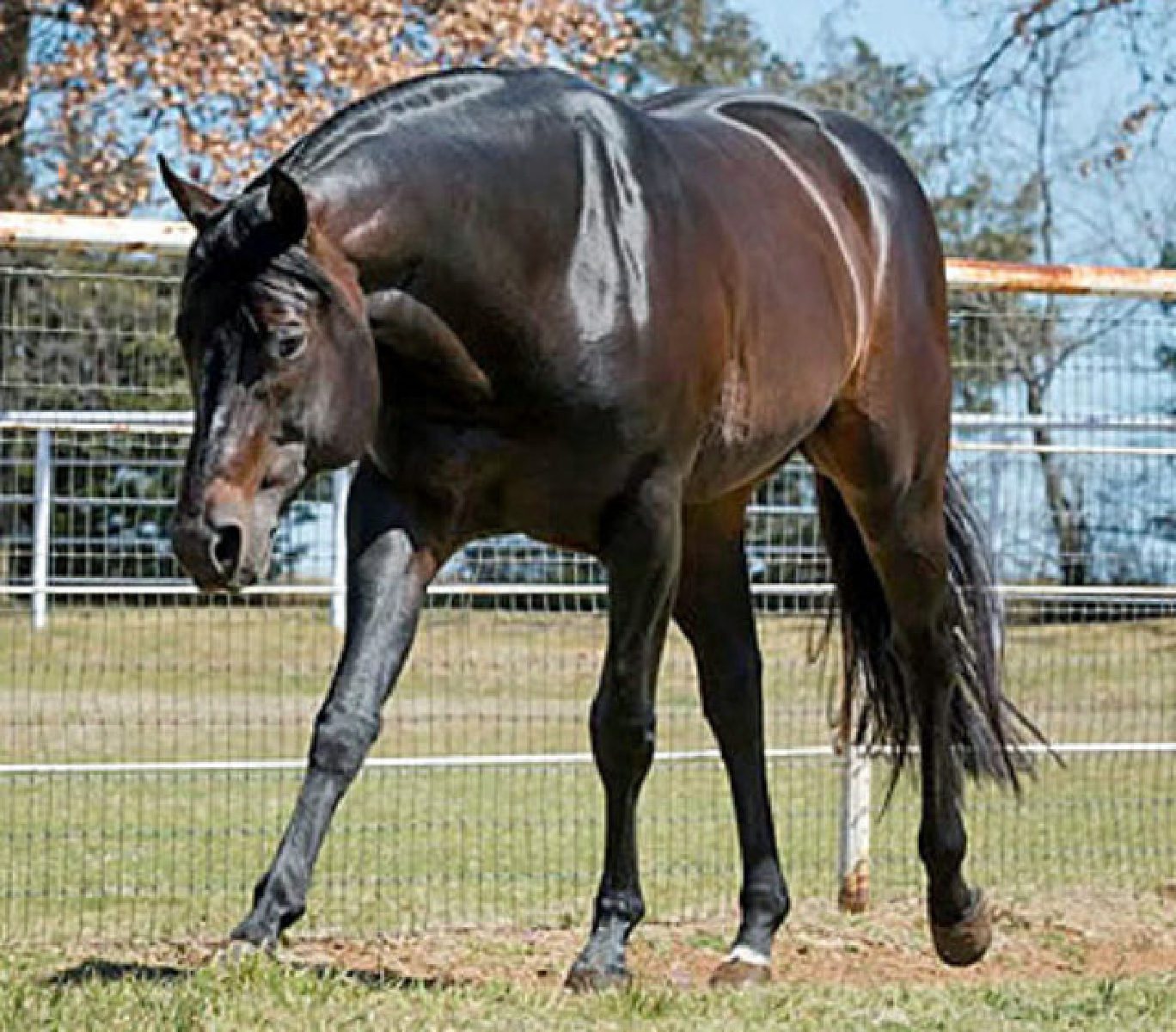 Hubba Hubba Huntin is one of the most exciting performance stallions in the industry. Hubba is a 16.1 HH bay Quarter Horse with an impressive show record. He holds lifetime earnings of $70,694.76. He has proven himself as an all around horse with success in events including: Western Pleasure, Western Riding, Hunter Under Saddle, Trail, and Halter. And while he has had great show success since he was a yearling, 2009 was one of his stand out years. Hubba won All-Around after All-Around, specifically dominating the Western Riding. He won a Congress Championship and NSBA World Championship in Western Riding, as well as Top-Fives and Tens in all the events he competed in at the AQHA World Show. Hubba ended the 2009 year as the AQHA Reserve All-Around Junior Horse, AQHA Green Trail High Point, and a lengthy list of other AQHA and NSBA High Points. As a show horse, he shows the great versatility and mind of a Quarter Horse, and is passing on his good nature, flowy movement, and versatility to his offspring.