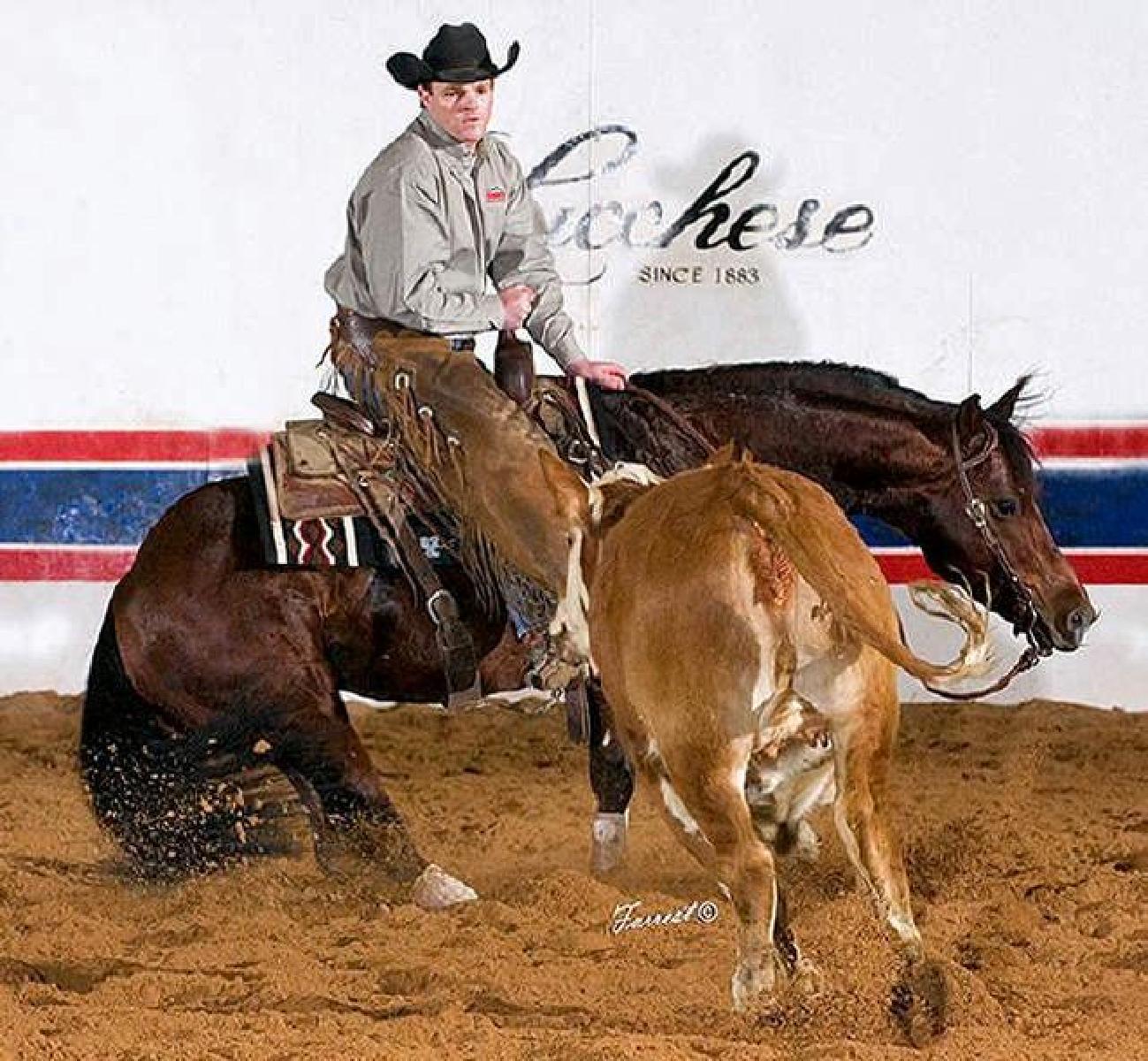 Rap Cat is a 2002 son of the great High Brow Cat, the #1 sire of cutting horses, producing offspring that have won over $65 million. And, if you like mare power, Rap Cat's dam, Miss Deadeye, is an NCHA Futurity Open Semi-Finalist, Wyoming Classic Open Champion, and multiple aged-event finalists. She has produced babies that have won over $100,000.

Rap Cat's first foal crop arrived in 2010. He is producing beautiful, athletic, correct foals from a wide variety of bloodlines from daughters of Peptoboonsmal, Smart Mate, One Time Pepto, Halreycious, Dual Rey, and SR Instant Choice just to name a few. Rap Cat's offspring earnings are nearly $100,000 in NCHA and NRCHA. Some of his top offspring include: Playin Rap, Open Champion at the 2014 Oklahoma Early Bird Futurity; Instant Rap, Open Reserve Champion at the 2014 Oklahoma Early Bird Futurity, Okies Sweet Cat, Non-Pro Champion win at the 2014 Nebraska Futurity; Peptos Silver Rap, 2015 Non-Pro Finalists in the Montana Big Sky Futurity, and Non-Pro Champion at the North Ridge Ranch Rooster Rush Futurity; Cold Day In Hail, Non-Pro and Intermediate Non-Pro at the Aaron Ranch Reined Cow Horse Derby; and the list goes on. His foals are eligible for the August Stallion Stakes, Oklahoma Select Breeders Futurity (which pays $10,000 to the Open and $5,000 to the Non-Pro Champion), and other major events as his foals become eligible. This gorgeous stallion has great conformation, superior athletic ability and tremendous cow sense. His foals are eligible for the Breeders Invitational, Augusta Cutting Horse Futurity Stallion Stakes, Rocky Mountain LAE Stallion Stakes, NCHA Futurity, NCHA Summer Spectacular, and the Abilene Spectacular Stallion Incentive. His foals will be nominated to other major events as they become eligible.