Stallion now stands for $3,000.00. Transported cooled semen available. Your additional chute fee for this service will be: $500. Mare care, veterinary expenses and/or transported semen fees will be additional. Breed of mare is to be a registered Paint, or Quarter Horse. 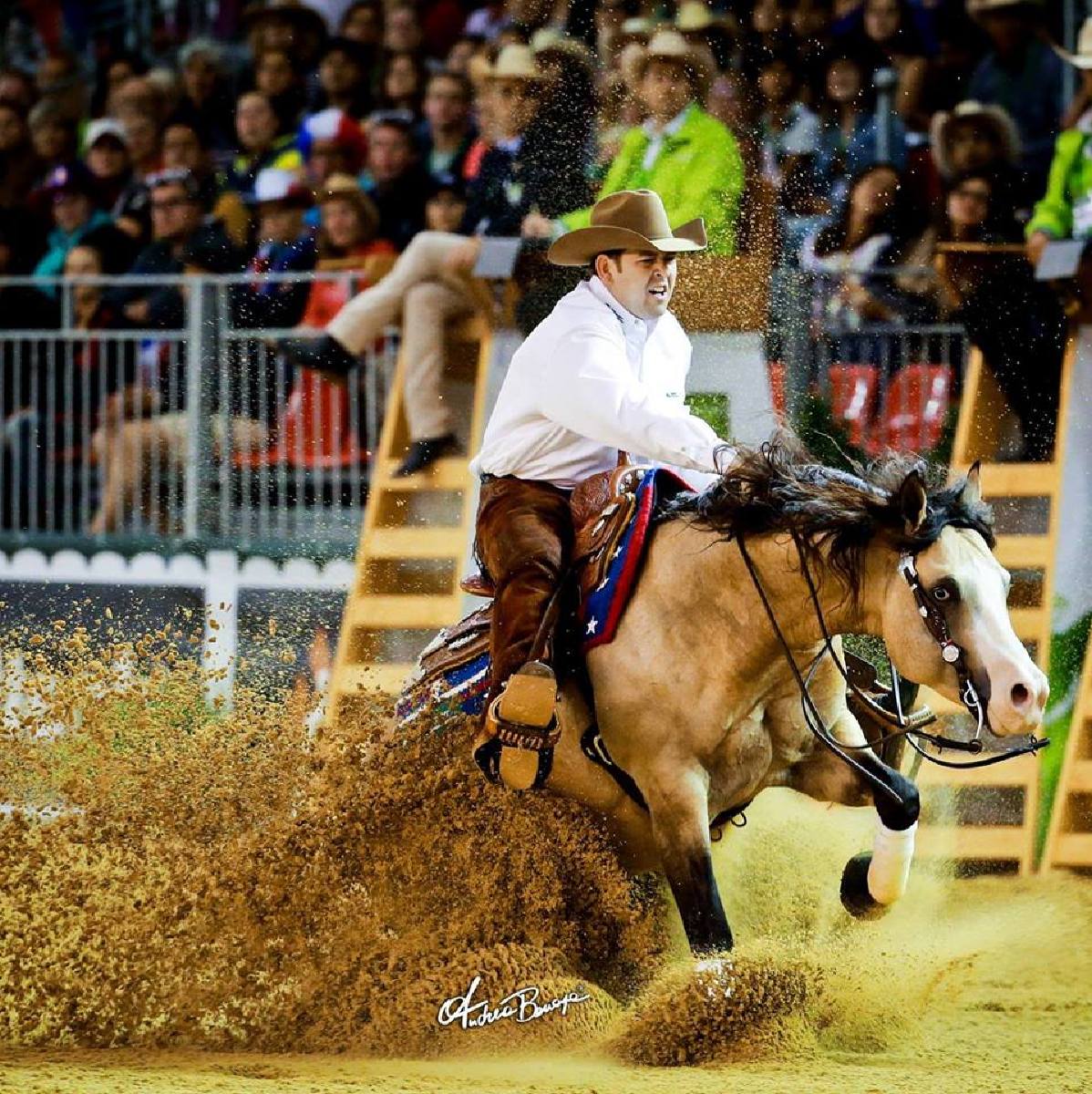 At the 2013 NRHA Derby, it was the great Mobster that stopped all the other finalists in their tracts as he performed the best run of the year. Royally bred (out of the number #1 Money Earning NRHA dam of 2013), Mobster is an outstanding athlete whose performances have earned him the respect of horsemen and breeders worldwide. âJoeyâ as he is called, is a 2008 AQHA & APHA buckskin stallion with Lifetime Earnings of: $123,500+. Registered HF Mobster with AQHA, his registered name with APHA is, Guns On The River. He is sired by AQHA/APHA Colonels Smoking Gun (Gunner), a National Reining Horse Association Hall of Fame inductee; earner of $177,670. His dam is Dun Itâs Black Gold, with Lifetime Earnings of $12,000+. HF Mobster holds an impressive show record himself which includes: 2014 WEG Team Gold Medalist; 2013 NRHA Open Derby Champion; split 4th, 2013 NRBC Open Derby; finalist NRHA Open Futurity; and 3rd, Tulsa Reining Classic Open Futurity. âJoeysâ comes from a long line of winners.

His oldest foal crop was born in 2014. His offspring are showing that same outstanding confirmation and natural abilities as to be expected from HF Mobster. Tested 5-Panel N/N, and N/N for lethal white. HF Mobster foals are eligible for NRHA, NRBC, NRHA Belgium, NRHA Germany, Silver Spurs/Xtra Breeders, and NRHA Futurity Incentive Award.

Dear Interested Bidder:
Thank you for having an interest in one or more of our stallion services donated. Should you want to pre-bid, fill out the form below and place your bid. Enter your credit card number or should you chose, print this form out, enclose a check and return to our Gallop Annual Charities Auction address as soon as possible. Should you want to bid on more than one horse, as a first, second, or third choice ... indicated in the "special notes" box listed below, that this particular stallion is your 1st, 2nd, or 3rd choice. Please understand that this information and form below applies to "pre bidding only." Internet bids will be taken during the actual auction through live streaming and available 1-800 phone lines posted the day of the event. You can also reach us at: 509-990-4167.
Quarter Horse Stallions Paint/Quarter Horse Stallions Paint Horse Stallions
SHARE:
Previous