Stallion now stands for $1,000.00 ~ transported semen is available. Your additional chute fee will be: $300 (which includes the first FedEx shipment of semen). Mare care, veterinary expenses and/or transported semen fees (after the 1st shipment), will be additional. Breed of mare is to be a registered Paint, Appaloosa, Thoroughbred, or Quarter Horse. 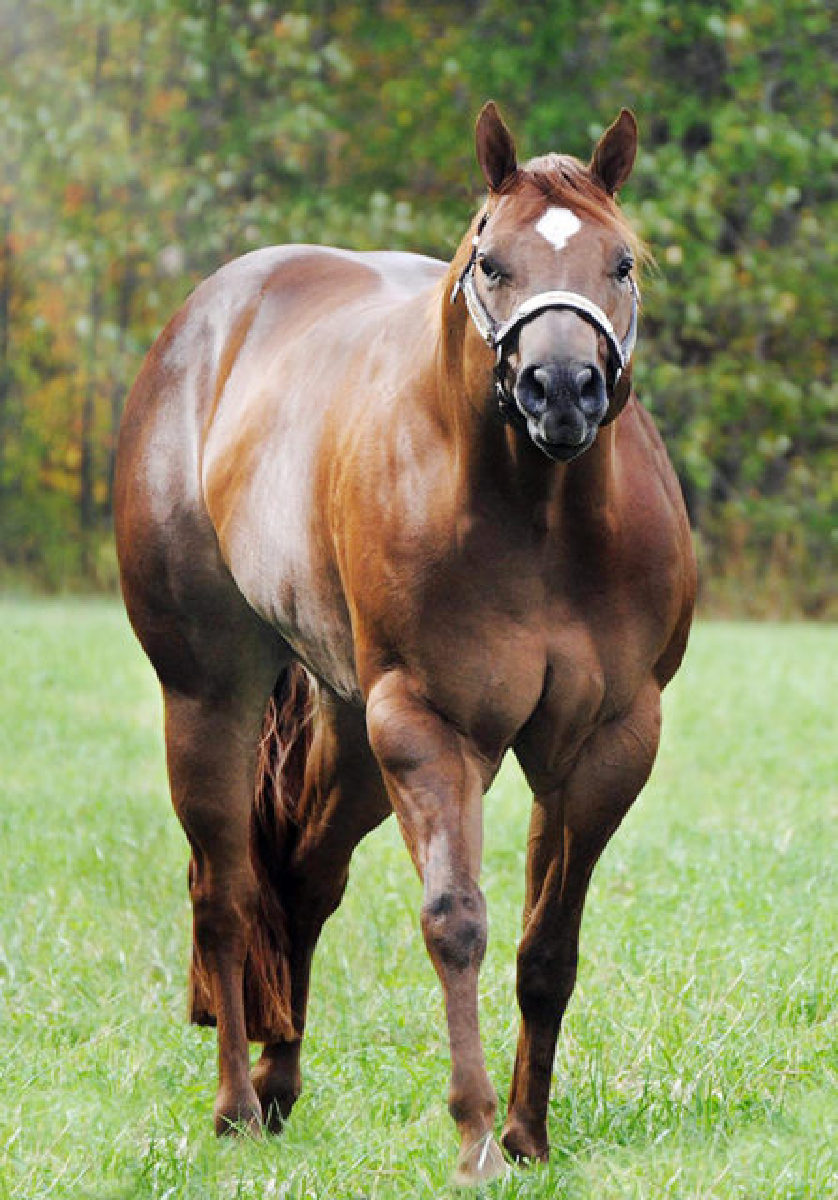 Gallop is excited to offer a breeding to one of the most sought after up and coming young stallions in the industry. World & Reserve World Champion producer... Vigilanti. Vinnie (as he is called), is an incredible Individual! His superior bloodlines and conformation make him a strong choice in improving today's Halter Horse. He is well muscled, has a great top line, carries great bones and correct legs, a perfect set of hocks, long shoulder, correctly set neck, and a baby doll head... all of which he stamps on his foals.

Vigilanti foals are following in the color of their dams. Loud paint mares are foaling out loud colors, palomino mares are producing palomino offspring, and bay mares are having bay fillies. He has the pedigree, and now offspring to establish him as a true sire! Vigilanti is 6-Panel Negative, has been tested for the Lethal White, and carries the W20 gene. Now is your opportunity to get on the ground floor and join Horseshoe Lake Farms on what is going to be an incredible ride!