Stallion now stands for $1,200.00 ~ transported cooled semen is available. Due to this being a Ronald McDonald House Charities breeding, Rustabakke Veterinary Services has waived the additional chute fee as part of their other support to RMHC families. Mare care, veterinary expenses, and transported semen fees will be extra. Breed of the mare is: Open to all breeds. 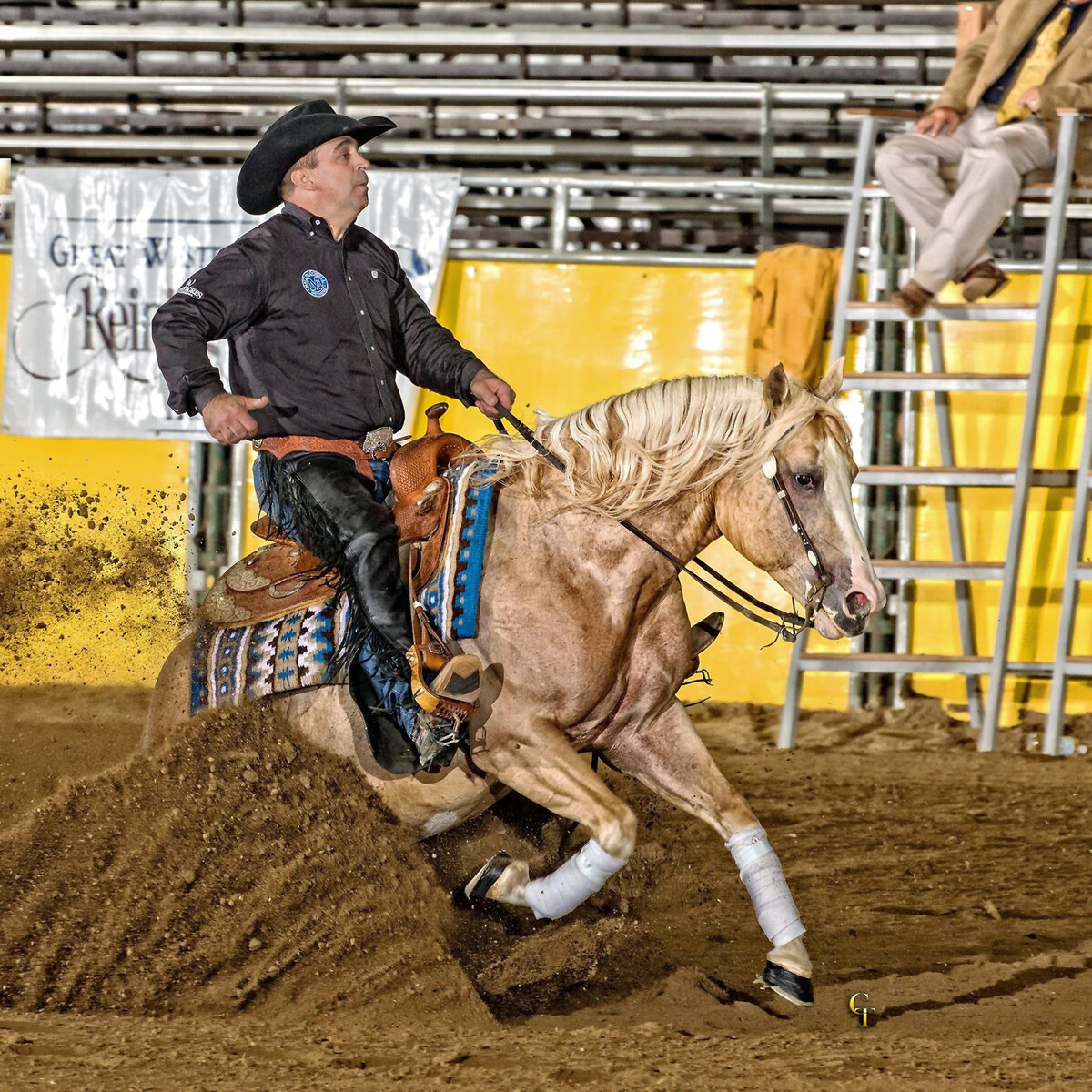 This year, Gallop is excited to add to the lineup APHA World Champion Senior Reining stallion, and producer of a Reserve World Champion, KR Gun Powder. A 2010 AQHA/APHA Palomino Stallion sired by Colonels Smoking Gun, (Earner of $177,670, NRHA Hall of Fame inductee, and Ten-Million-Dollar Sire). His dam, A Bueno Poco Dunit, has produced offspring with earnings over $ $407,000 and was a fantastic show horse herself with over $49,000 won in NRHA events.

KR Gun Powder is a talented, young stallion whose show career was sidelined by an injury. With an amazing but short career, he amassed more than $26,000, and in only nine shows, Gun Powder was titled the 2016 APHA Senior Reining World Champion! His pedigree combines legendary bloodlines with modern-day athleticism. With his oldest foal crop being only (4), he has produced a PHBA Reserve World Champion and a money earner. There has been nothing but stellar reviews about his offspring. Following in their sire footsteps they are striking, smooth-moving, and possess an outstanding athletic ability.

He is 6-Panel Negative. HYPP N/N, PSSM1 N/N, GBED N/N, HERDA N/N, MH N/N, and FRAME OVERO N/N. It was Gun Powder's great conformation, laid back personality, and massive stop that made him a champion in the show pen. With his championship show record, royal pedigree, excellent conformation, and gorgeous color, you've got a total package that's hard to beat. In addition, KR Gun Powder's celebrated bloodlines insure tough, talented performers with the ability to excel in any discipline in the performance horse industry. And it's those traits, which he is passing along to his offspring that makes him a champion sire for your mare!